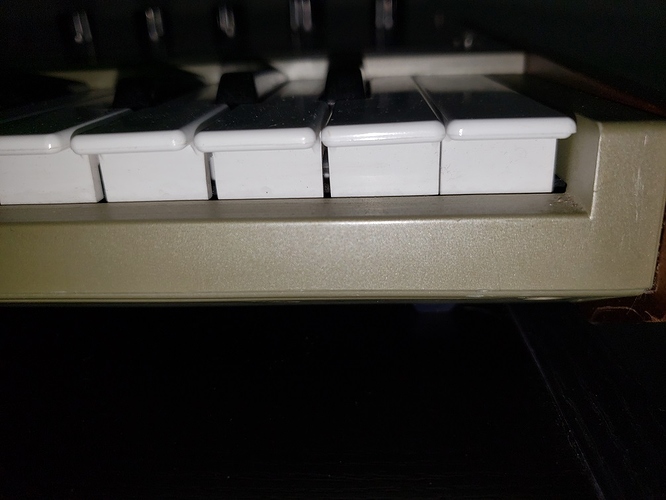 I bought a MicroKorg with the top C skewed and rubbing together against the B key. It came this way out of the box as it wasn’t packed all that well. My question is, is this likely just needs to be opened up and that top screw loosened then retightened after alignment, or should I just buy a high C key and replace it? I really don’t want to open this up two times as getting to the keybed looks to be somewhat of a pain. Rather do it in one go, but rather not waste money on parts that I don’t need either.

You won’t really know until you strip it down. If you’re lucky it just needs to be clipped back in, if you’re unlucky then something has snapped. You can fix keys with epoxy if you have all the broken bits.

The top C is a separate key, and there is a screw that holds it in, so maybe you can just reposition it and tighten it up - but yeah, it’s hard to say exactly what is happening until you open it up. Here’s a picture of the keybed: