I’m trying to repair the aftertouch on my K2000, but I think my questions are generally applicable.

I haven’t had much luck finding the exact aftertouch strip that the K2000 uses in it’s 61 key Fatar TP/9S keybed. This appears to be the exact FSR strip used in the Korg Triton LE, and a shorter version of those used by Nord and in the Alesis Quadrasynth.

Anyone happen to know what the resistive values are for this strip or who makes it? Are different FSR aftertouch strips such as this one, likely to be compatible? I notice there doesn’t seem to be any aftertouch calibration trimmers in the K2000, in case that makes a difference.

If I were to get a longer strip from the same manufacturer, it’s correct that I can just cut it down, right?

And a sanity check: With my current strip, I see a little corrosion and possible delamination where it enters the keybed, but I should still get a resistance reading that responds to pressure on the few inches outside the keybed, right? Currently, I’m just getting an open reading, which would suggest it’s the connector (although it seems solid)? I take it I would be safe to stick a couple of sharp pins into the strip to test? 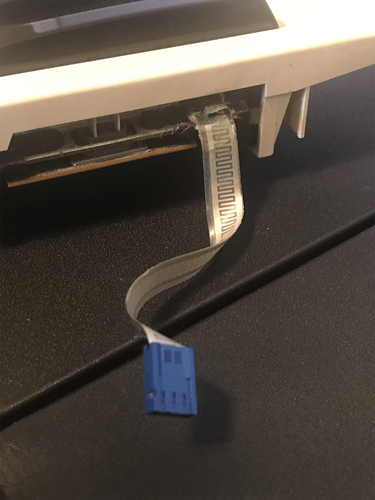