I recently acquired a very nice ASR-10. It’s the late production version with the purple LCD instead of the VFD.

I’m sure that huge VFD display was quite costly and Ensoniq was simply trying to cost-reduce existing products like any company. That’s the same reason you see later versions of the TS-10 Plus with an LCD.

Considering that a custom LCD wouldn’t be nearly as cheap as a common off-the-shelf part I would bet that these LCD’s are, or at least were, available as standard LCD displays.

My ASR-10 has only one problem and it’s with the LCD. At some point (before I owned it) it was exposed to some hefty pressure on the display bezel. This caused the LCD to have a color shift in the background and upon further inspection it caused a single crack across the front glass. The bezel isn’t cracked. Look closely at the attached shot and you can see the crack running through both of the words “system”.

The color shift isn’t nearly as obvious as it appears. The camera was having a hard time getting the color balance right in this photo. Nevertheless, you can see the purple area in the upper middle.

This has not caused a leak in the membrane or any other functional problems. It actually works fine. Still I would like to find out the manufacturer and model info of the LCD. I’d like to replace it with a newer display maybe even a different color.

I have never removed the display in my ASR-10 and that is quite a chore so I figured I would ask if anybody has done a teardown on an ASR-10 with the LCD and discovered this info. Pictures would be awesome but any info would be great.

The manufacturer of the VFD displays stopped making them - that’s what prompted Ensoniq to shift to using the purple LCDs. It probably was expensive for Ensoniq to manufacture a new display board to accommodate the new display - I’m guessing it cost them rather than saved them money. 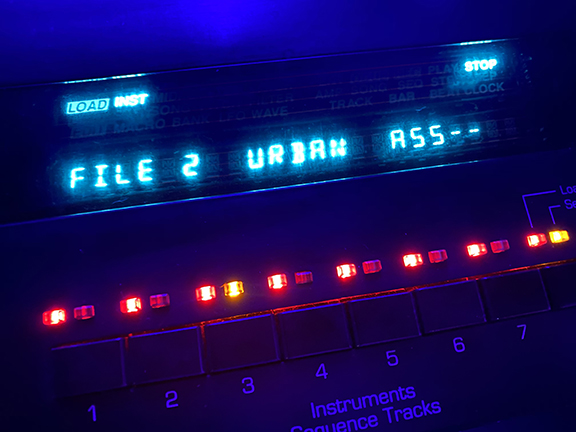 I have a couple characters out in my VFD display in my ASR-10. I can still navigate if I keep my place, things like sample rate are unseen so I have to fumble through and I look through the manual a lot to remember keystrokes when I can’t see.

However humorous some of the sample titles get with the dead characters, I am trying to find a way to fix this!

Do you know if I need to replace the whole display board? - I noticed Syntaur is out of stock -Thanks for your time! 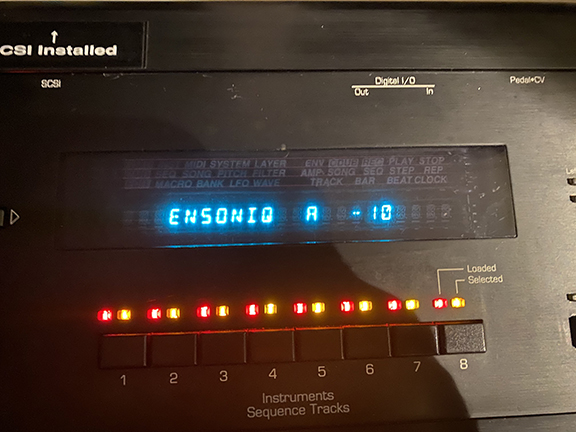 Another screen on the display - reading “A -10”