I hope its not terminal! ( It wasn't. PPG Waveterm)

After a lengthy 1982-style sampling session last week, my beloved PPG Waveterm began malfunctioning, as shown in the below photo. Now, we’ve had reason to suspect that the power supply caps were needing replaced, but hesitated because, frankly, we (my 23-year-old electronics-savvy son and I) were in no hurry to start messing about with a unit housing a 37-year-old CRT and all the voltage that goes along with it. However, it looks like there is now no choice. It powers up normally sometimes and even boots from the (8" floppy!) disk, but very quickly crashes. Wolgang Palm also suggests that the power caps may be at fault here, so we’ll start there, after testing the voltages. While we’re inside, we’ll rewire the power supply, check connections between the two motherboards (yeah, there are two. PPG upgraded the Waveterm A by stacking a new Waveterm B board on top of it) as well as other connection, where we dare.

I’d love to find out that someone here has some experience with the Waveterm(s), but I am not expecting it - these things aren’t exactly commonplace. In any event, it’ll be a neat adventure, and I’ll post photos of our progress or tales of our failure as we go! 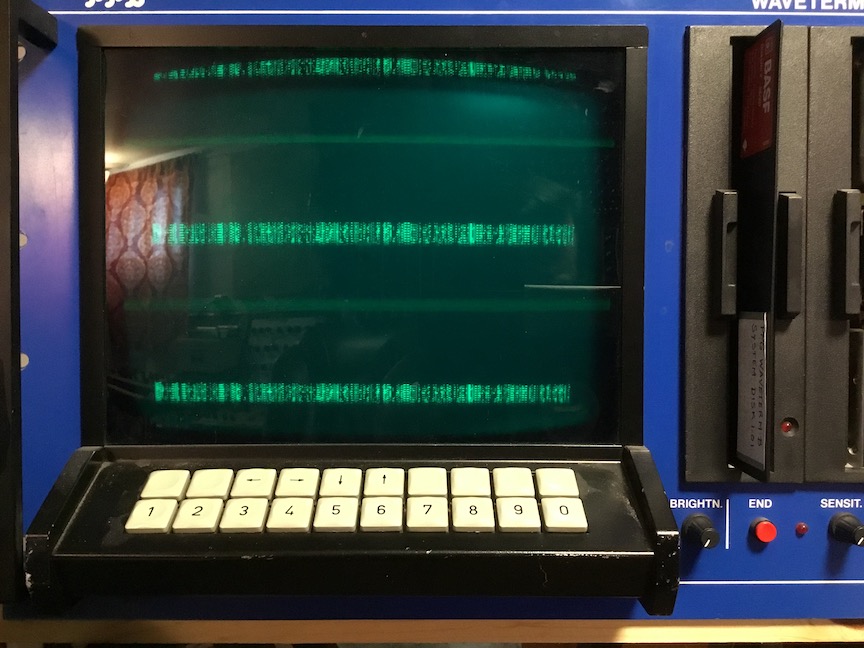 My tech in California is fixing a Waveterm right now. Where are you located? I can get you in touch.

Thanks Brandon… I’m in Kansas.

I can offer no help whatsoever - but love that you’ll be posting photos and updates! Best of luck with this!

Thanks Sam! I wasn’t expecting help, I just thought it might be fun to share the adventure since it’s such a rare machine.

Hey there! I’m Brandon’s “tech” - lol. Anything I can help with? I’ve a WT-A B-conversion cracked open here, with the power supply on the bench.

Thanks for the offer, Allie. Mine, too is a converted unit. We’ll be digging into it tomorrow, starting with the power supply caps - which are clearly the originals from '82/'83. If you know where to find the schematic for the power supply, we’d love to know (the WT schematics we’ve got omit the power supply section).

This does not look good… 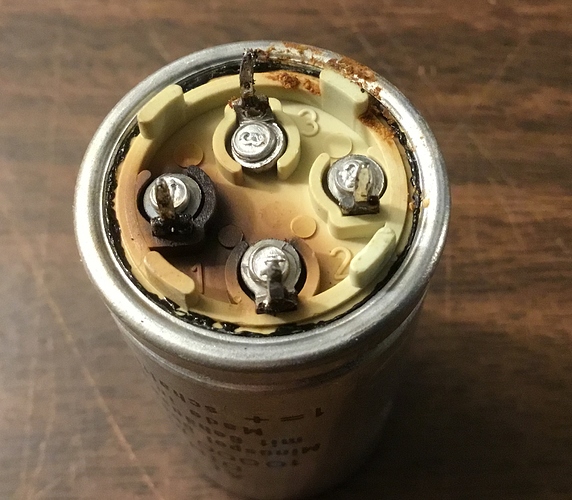 My son has been working diligently on this thing this weekend. He replaced all of the caps on the power supply board, cleaned connections and put new thermal paste where needed (and is it ever needed… the regulators and heat sink mounted to the back panel get quite hot).

Here’s the power board with the new caps on: 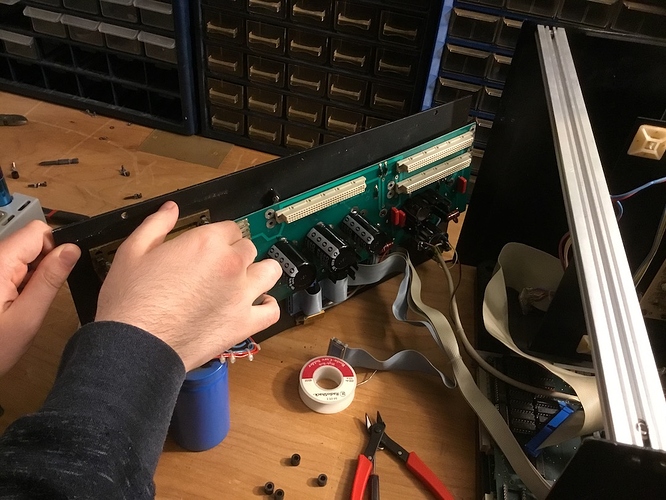 Once we got it all back together, we fired it up and it sprang back to life, and better than I have ever known it. The once-noisy drives are now quiet, the glitchy screen is now clear and stable. We’ve had it on for a well over an hour now and it’s still behaving beautifully.

We’ll likely do some “upgrades” in the next month, primarily to allow better dissipation of the heat (more and better heat sinks, thermal paste). There were some clear issues with heat in the past - there were some kludged repairs/mods and scorching on one of the boards. 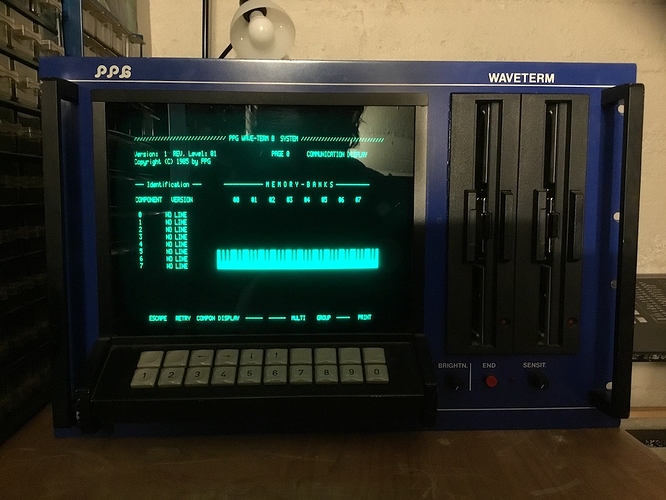 You guys are rockin’ it - this is great!

Thanks Sam, we’re really pleased. I was fearful for the health of the Waveterm… beyond the fact that it’s still a great companion to the Wave 2.2, it has some ‘sentimental’ value to me.

I can’t take credit for bringing it back to life, though, as my son supplied most of the know-how and did all of the ‘heavy lifting”. He’s pretty much indispensable to my studio’s health.

Those capacitors are multi-pin, but not multi-section, right? I need to replace the capacitors in a Waveterm B. Which capacitors did you use as replacements. Any help would be greatly appreciated. Thanks!

Hi Gabe, they’re just multipin, right. I can’t remember off the top of my head what specifically they were or where they came from, but I’ll see if I can dig up the old receipt (do keep in mind that mine was an upgraded Waveterm A, so it may not have the same power supply).