I’m hoping someone may have experienced this or similar before and can offer some advice before I go digging too far.

I’ve had a Wavestation come into my workshop and it powers on and operates well; however there is a faint high pitch tone heard through the speakers when the Wavestation is powered on. It is still present when the audio cables are not plugged in.

The sound is still there when the power supply is not loaded - all of the outgoing power headers are unplugged.

Since it is still functionally OK, I’d rather not go replacing things unnecessarily and would appreciate any advice you can offer. Maybe I’m missing something obvious. 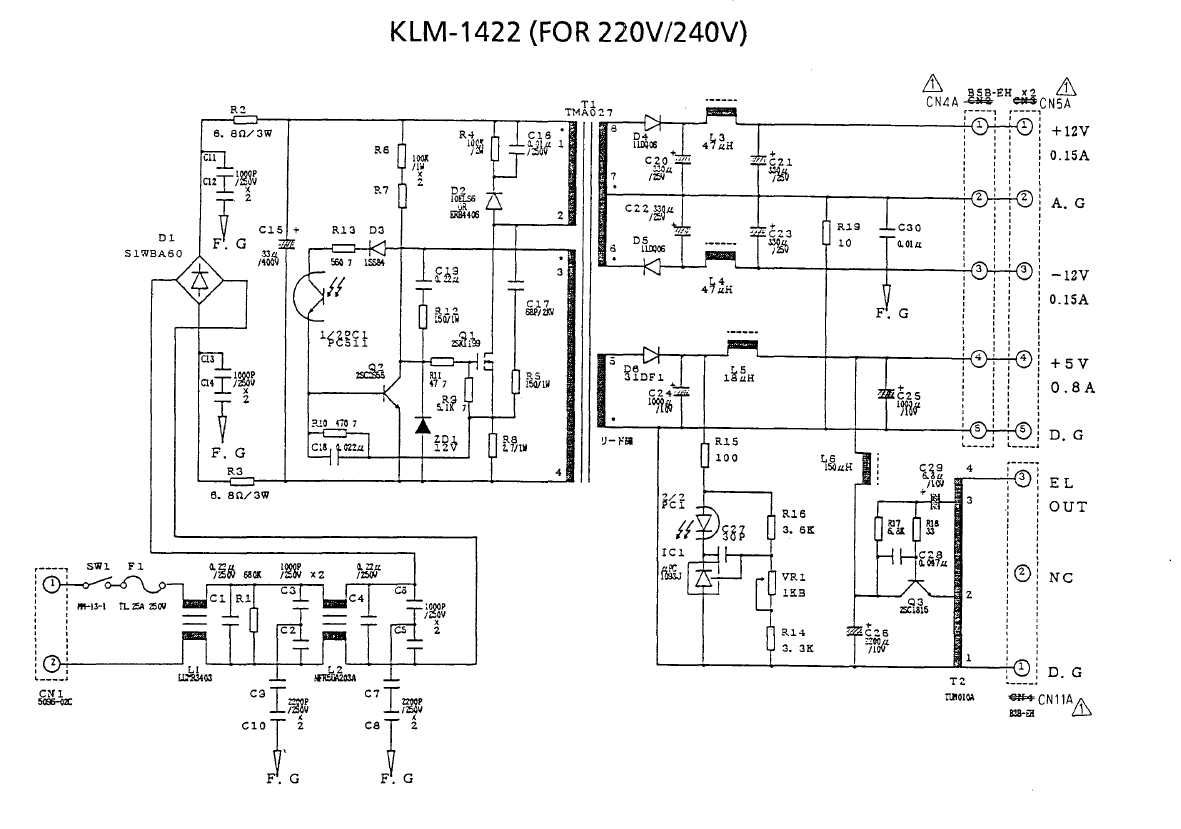 If you are sure it’s not the EL inverter you can check all the caps of the power supply (value and ESR if possible) with the output caps first.
It can be caused by the lack of filtering at the output or in the switching feedback.
start by C24+C25 (1000uF) because the feedback loop (optocoupler +TL431) is on this voltage rail.
i’ve repaired a Nova power supply with such problem but it was a cap in the feedback loop.
All the caps at the output must be 105°C low ESR.

-> Beware: high voltage! you must have some electronic skills

Thanks for your advice with this. Much appreciated. I’ve removed L6 and the sound has gone away. I’ll took into testing components in the EL inverter.

But beware, the lack of output filtering can cause the ripple current of the EL inverter to create the same high pitch problem even if it’s not the inverter the origin of the problem.

Are you saying that this problem may be inherent to the EL inverter design and not necessarily caused by failing components?

exactcly. the inverter is a high voltage (approx. 70-100V with load) generator at low frequency to drive the EL lamp under the LCD display and it seems to works.
in normal condition this high frequency pitch exist (heard from the transformer) but it can be louder when the EL lamp is dying. (in most case a dying EL foil becomes a short circuit).
the strange behaviour for you is the fact that you heard the noise into the speakers.
and that can be caused by the lack of output capacitor on the PSU.
As you can see the inverter is powered from the 5V digital output not the analog output. but perhaps through the DAC power?
So if you heard the EL noise I suspect the EL ripple current to modify the PSU feedback loop by lack of filtering.
So I think you should test the output filtering capacitors to check if they are ok.
but perhaps it’s only caused by the EL inverter current increased by the dead EL foil -> replacing the EL will perhaps solve the problem.
I think someone here who have the wavestation with dead backlight can confirm? (unfortunately I’ve replaced my wavestation LCD with a led one)

Looks like an LED replacement is the best way to go with this.

Yes this is why I’ve modified the EL backlight to a led one on most of my synths with custom modification. Even on my S3200.
but don’t forget to test the output caps on such old power supply.
Like explained before the EL noise can be the visible part of the iceberg for output capacitors failure.