Hi – I am repairing a friends JP4 and they are having an intermittent section of keys crop up.

I cleaned the male and female pin headers for the ‘kbus’ connection between key bed and key assigner, but it seemed to only temporarily fix the problem. The section of keys was working on my bench for two days, however once they took their JP4 synth to their studio, the intermittent response cropped up.

Is it possible that this issue goes beyond connector issue and is tide to a faulty IC chip on the key assigner? The ‘kbus’ traces, once they make it to the key assigner end up routing to the DATA LATCH – QUAD D FLIPFLOP LS175 IC4-IC5 (page 40/68 in the JP4 service notes) on the key assigner board. Those quad flip flops end up running into the µC 8048 micro controller, however I have a feeling the issue is before this stage. As the issue is intermittency rather than complete failure of ‘kbus5’ connection.

If you think I might be over looking anything, then any suggestions would be helpful!

Related image for the key assigner– 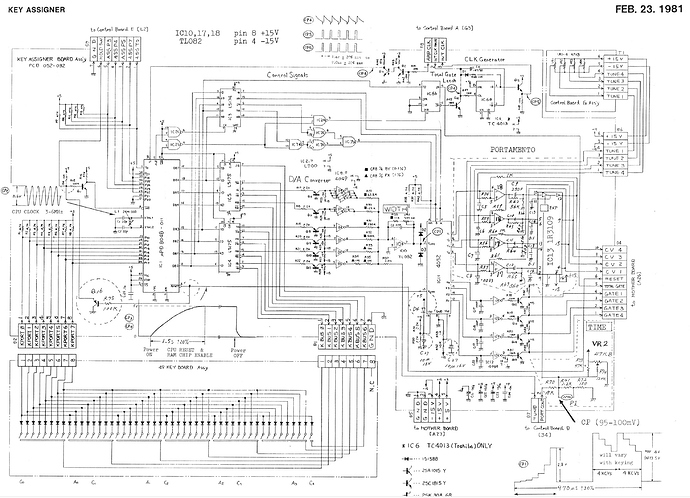 Did you determine the source of the problem? Was it the flip-flop or something else? Asking because I’m have the same issue.