I’m having an issue with my MC-202, wherein there is a very audible click when the frequency of the playing note changes. The behavior is pretty specific and easy to reproduce:

It seems that this issue (and the remedy) are actually addressed in the service manual on page 7. There it recommends adding two capacitors - a 0.47uF electrolytic and a 0.033uF…something. Both were already there in my machine so I figured one of them failed.

I’ve replaced the electrolytic (circled in green in the image below) but that doesn’t seem to matter here. Makes sense as that appears to handle the EXT CV out. I think my issue is with the other capacitor circled in red.

Here’s where I’m feeling kind of silly…can anyone tell me what kind of capacitor that is circled in red? I’m hoping I just need to replace that, but I’m not sure what kind of cap that actually is! 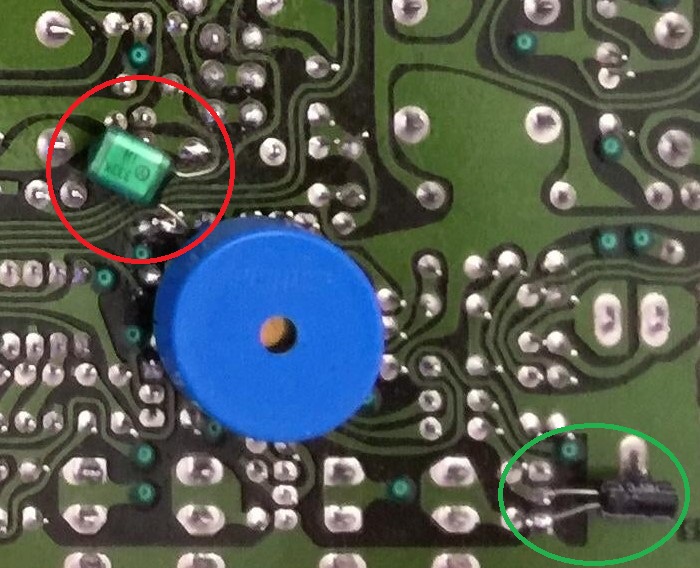 Also, if anyone has any experience with an issue like this, I’d appreciate any other thoughts you might have.

Back with an update - I took the other capacitor out and tested it…all good. Have it back in now. I did notice that the problem was actually worse when the cap was removed, but that makes sense. (oh and I think that’s a film capacitor?)

I’ve noticed that I’m still hearing the click even when the oscillators are turned all the way down. And that click is being passed through the filter - it’s clearly being filtered if that makes sense. Lowering the filter cutoff changes the sound of the click as you’d expect.

Anyone have any idea what the issue might be?