SQ80 will not record, reformat button is functional

So my SQ80 will not record The red button is functional (used to reformat). It will play back. Battery is good.

Is the Play button functional? You need that one also to go into record.

Thanks for a response. I know you’re busy. Yes the play back button functions. I can play old sequences I have made 2 quick aside questions: Are you a relative of Forrest Mimms? (Radio Shack’s “Getting Started In Electronics” Book?
What would be the advantage in chip update for the SQ80 ? Thanks Again

If you create a new sequence, and a new track, then press Record and Play, what happens then?

New firmware versions typically corrected some bugs, and sometimes added features. I don’t have any info on what the various SQ-80 versions added or corrected, but if you have an older version, I’d suggest upgrading to 1.80. May as well have the latest, greatest!

I don’t know that I’m related to Forrest Mims - though I do wish he’d show up for Thanksgiving dinner, and then I’d plead with him to teach me a few things!

I cannot make a new sequence because I cannot record I can load a sequence from a disk and play it. I cannot overdub. Because the record button does not work (for recording). It used to work. I’ve owned this unit for years. I know I’m old and demented But I think it just doesn’t work. I don’t use this thing much as I would rather beat the keys then geek and tweak at synthesis. But I found the You Tubes and thought maybe There’s simple fix I’ll pick around at it If I figure it out I’ll let you know Thanks

Correction: I can overdub. I just can’t start a new sequence. Like I said, I may be demented! Sorry

Next step then: Are you sure the Record tact switch is fully functional? Can you press Record and the lower left button under the display and get the keyboard to reboot? Can you press Record and Master and get to the screen that shows the software versions? If so, that pretty much eliminates a hardware issue, unless you can tell by doing this that it takes a few bounces on the Record button to get it to work.

Yep. Did that many times. And I just rechecked it out to make sure. The button works fine mechanically Oops! Now it’s stuck on calibrating keys

If something is pressing a key down when you do that, it will fail the calibration.

I’m gonna guess now that this is some sort of software issue…? If you have reinitialized the synth (Record plus upper left soft button) and that didn’t help, it’s possible it’s a firmware issue - though that seems like a reach. Which version of the firmware do you have? I have solved Ensoniq gremlins before by removing and reseating the OS EPROMs - maybe that will help. And if the OS is an older version, maybe updating will help. But I’m not feeling very confident in those suggestions…

It is version 1.50-150. The record button work in the facility of reinitialing, tuning filters, calibrating keys, crediting the “rad” software developers (1987) and function tests ie. knob = 240
The thing plays it just won’t initiate a new sequence recording.
I did change the battery but this problem exsistedBefore that So what is this about these chips? Open it up and reset the IC’s. How bout de oxIt on the sockets.
You think this may be above your paygrade…? Man, I jettisoned more “repairs” then I would ever care to admit including a board that I blew up a battery on. All over it !!

Yeah, I’d try pulling the EPROM chips from the sockets, then reseating them - won’t cost you anything to try! I guess a shot of DeOxit wouldn’t hurt also. If that doesn’t help, I’d upgrade to ver 1.80 - that’s probably the next cheapest thing to try, and it would upgrade the software even if it didn’t fix this specific problem.

Other than that, you might try contacting Rainer Buchty - he seems to be an SQ-80 wizard!

Ok Now, totally off that subject; Do you carry the encoder wheel ( the rotary increment mechanism) for the E-MU Proteus 2000?What is your price?

If you mean the encoder itself, that part is listed on our Proteus parts page: 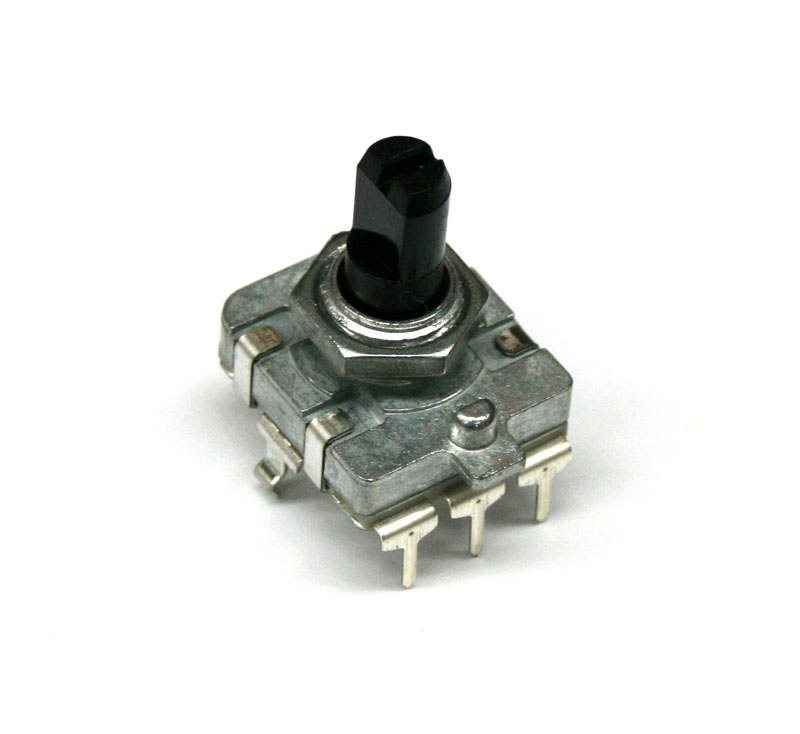 If you need the plastic knob, we do not have that available (though we probably have something that would be a reasonable substitute).