Which Battery to get for my ensoniq sq1? 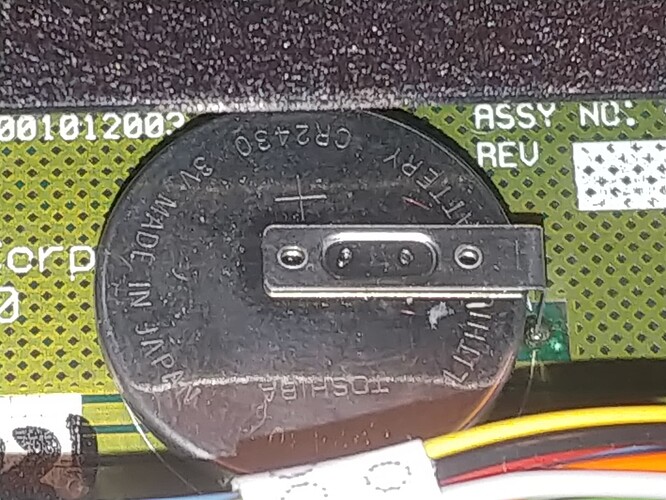 Battery warning says Battery low so i opened up my recently secondhand bought ensoniq sq1 and to my surprise its a cr 2430 Battery in it instead of cr 2032 as I thought it would be. is that a Battery holder in the picture i took?? or do i have to resolder it?? and get a new cr 2430 or a cr 2032??

This battery is soldered to the main board, but a common modification for these synths is to replace the soldered battery with a battery holder for a CR2032 coin cell. My SQ-R has this modification but for whatever reason the previous owner installed a battery holder for a smaller CR2025 battery instead of a CR2032 battery. The numbers of all these battery types describe the battery’s dimensions. They all deliver 3 Volts to the synth, though, so they are interchangeable - but a CR2430 battery typically has a higher capacity than CR2032, which in turn has a higher capacity than a CR2025, so the latter have to be replaced more often than the former (we are still talking about years between replacements). So if you want to get a new battery to solder in - get a CR2430, maybe. If you go for a battery holder, CR2032 should be fine.

Edit: Here’s a video replacing the soldered battery with a battery holder on the SQ-R. The procedure should be exactly the same on the SQ1. Ensoniq SQ-R battery replacement - YouTube