I have a CVP-92 that has been in storage for about 10 years and now has about half a dozen random keys that either don’t sound at all, only sound sometimes, or only sound if I hit the key really hard. I’ve already disassembled it and cleaned both the rubber contact strip and the contacts on the circuit board. That did not resolve the issue, so my next step is to replace the contact strip.
My piano has this contact strip: 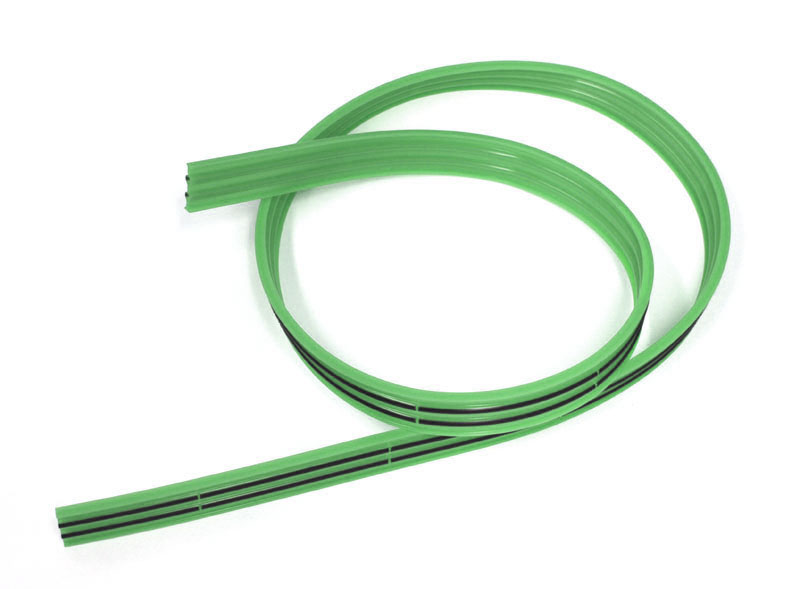 Rubber key contact strip, for 88-note keyboard. This strip has been discontinued by Yamaha, however, it is identical to our part #2103, except that #2103 does not have the holes in the strip.

These are discontinued and impossible to find

I think this part is identical except for the lack of orientation holes. Am I correct in this assumption? 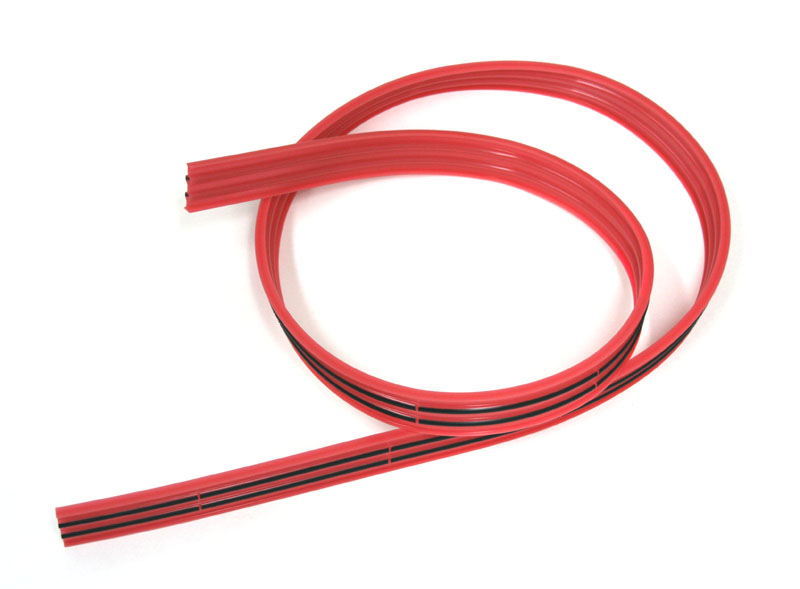 may I suggest another option first.

Have you been able to confirm its the conductivity of the pads that’s the problem. Yes carbon pads can dry out and loose conductivity, but is it possible to move the contact strip to another position and try activating the key again to see of the problem repeats or of the new section does not fix the issue.

If you set on replacing the strip, use the old strip as a template for the replacement and use a punch to make the holes. Those holes sre there for alignment purposes, so keep them. Drilling or using a soldering iron to punch a hole in silicon never works. A punch is the only reliable method.

While I’m not 100% certain that the contact strip is to blame, I strongly suspect that that is the case. I thought of trying to alter the alignment of the strip slightly, but that doesn’t seem to be possible due to the alignment holes and the fact that the channel that holds the strip is the exact length. There’s no room for play.

What leads me to believe that the contacts are the problem is the behavior I have observed while troubleshooting. I’ve been focusing on two particular keys that are giving issues. The first is the F two octaves above middle C. It usually will not sound on its own, but it will sound if an adjacent key is held. My theory is that holding an adjacent key flexes the rubber enough that the plastic bits will press the contact strip in a slightly different position that hasn’t gone bad yet. The key can be ‘woken up’ so to speak by doing trills for a few minutes with the bad key and either adjacent key. The key will then be able to be played on its own for a short while.

The other key that I’ve been focusing on is the C below middle C. I seem to recall having issues with this key when I last played the piano about 10 years ago similar to what I am now having with the F key described above, but this key is now completely dead and will never sound no matter how hard I press it and regardless if adjacent keys are held. I was, however, able to get this key to sound by removing the keycap and flexing the internal plastic mechanism left or right while pressing it down. Again, my theory is that flexing the mechanism causes the plastic to contact the rubber strip in a slightly different position. I’ll admit that my knowledge of this stuff is quite limited, but to me this seems to indicate a problem with the contacts. The only other thing I can think of that could cause this behavior is if the plastic key mechanism itself were somehow warped and not actually pressing the rubber strip.

I have tried using pencil on the low C, but that didn’t help. I think it’s too far gone. There’s a visible indentation in the carbon at that position.

Hi, I got the same problem, I manage to move the ARXL88L PCB board a little ( it is 1mm moving space) so the trip does not hit the same place on PCB. Hope it is helping…