I bought an SY77 with dead backlight and busted tact switches. I replaced the screen and switches but also swapped the memory battery and put a holder in, but reversed the polarity

Now when I start it up it shows the SY77 logo perfectly and then hangs, often with some screen garbage after that.

I guess I’ve stuffed up the DM1, probably the RAM chips. Question is where are these on the board, I can’t find an SY77 schematic, only a TG77 one which is different.

Just looking at this photo of the DM1 board (which is unfortunately just a bit too low-res to read chip numbers), I can tell that the four identical chips just above the battery, as well as the two identical chips to the lower right of the battery (at about the 4:00 position from the battery), are RAM chips, because you can see the extra suffix after the chip number which designates the access time. For those on the lower right, you can read a ‘10’ after the chip number (100ms access time), and for the upper chips, that suffix ends in ‘L’. 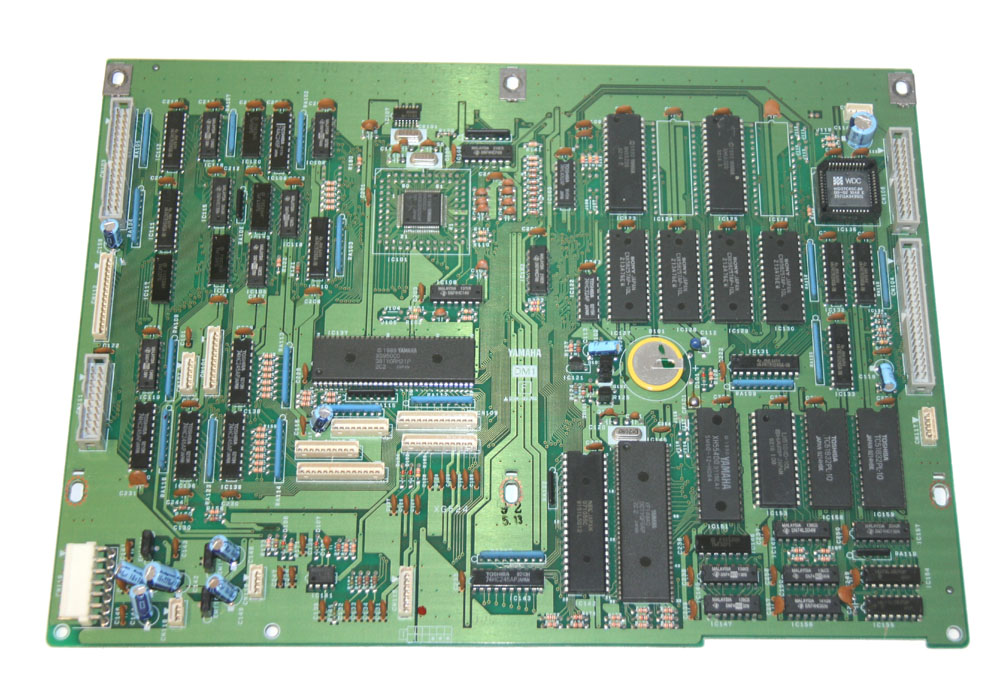 Cheers. I think I’ll probably just chalk this up to experience. Getting chips out is always a pain. I wonder if it’s possible to put SY99 guts into an SY77 case? I have the 99 but it’s so long.

No, at minimum, the panel layouts are different, so the buttons on the panel boards won’t match the holes in the panel.

Resurrecting this old thread of mine. In the end I left the SY77 alone for a while and looked out for PCBs. I bought another SY77 and put the boards into the broken one (which has the new LCD and new tact switches) and realised it was the new LCD stopping it booting. Using the old LCD resulted in it booting.

So never assume a new part is good or compatible

Glad to hear you’re back in business!

Cheers. I now remember that I soldered the header on the wrong side, desoldered and ruined some tracks. So the LCD seemed to work but didn’t initialise right. I now have two working SY77s.